Skip to content
Home → WDCPhA 2022 Board of Directors Candidates 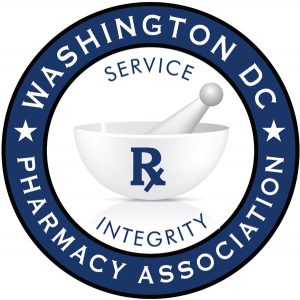 The 2022 WDCPhA Board of Directors Election is now open! Please review each candidate’s biography below, and then cast your ballot.

Cast Your Ballot
The following positions are included in this year’s elections:

Dr. Alsean Bryant is, by profession, a pharmacist. Yet, through rediscovery, he has tapped into his creative passions and coined the term “PharmArtist.” Enraptured by his passion to help and empower others, and love of the entertainment arts, this Soulstar is embracing every dimension of himself to bring his dreams to life.  By day, Dr. Bryant is a residency-trained Strategic Support Team Clinical Pharmacist at the AIDS Healthcare Foundation for the DC, MD, and VA region. In this role, he uses both his clinical expertise and creative skill sets to deliver optimal health services to patients, and spearhead initiatives to promote wellness while building strong partnerships within communities of need. Through collaborative practice, he is also one of the Pre-Exposure Prophylaxis (PrEP) providers for AHF Wellness Clinics, where he consults with patients, orders and assesses labs, prescribes PrEP medication as appropriate, and sees PrEP patients for follow up visits. In his previous role as Executive Director of CMS Health Initiatives, Dr. Bryant co-wrote grants and successfully managed a nearly one million dollar budget which was used to provide health services to underserved communities of the Washington DC Metropolitan Area. With over 10 years of experience in the nonprofit HIV specialty care space, Dr. Bryant is considered a subject matter expert in the field.

By night, Dr. Bryant serves his creative talents. As an artist, he is a singer/songwriter who writes music for himself and others; and has secured a plethora of song placements in films on networks such as BET and Netflix. He is also a member of the Washington Football Team Marching Band Drumline; and currently serves as Creative Genius for Artbae – the 2020 winners of DC’s Emerging Creative Award of the 35th Annual Mayor’s Arts Awards. In addition to writing songs, Dr. Bryant was a contributing author in “I Wear A White Coat,” a book whose mission is to unveil the truth in the aspiring Black doctor’s journey, and inspire readers to actively pursue their dreams.

Dr. Bryant believes that we were all created to create, and is using his professional skills and creative talents to impact the world through health empowerment and creative expression – because he believes that both are essential to our well-being.

Serves a minimum of 2 years

Dr. Yolanda McKoy-Beach is a Clinical Assistant Professor at the Howard University College of Pharmacy. She serves as a clinical preceptor for both fourth year pharmacy students and Nontraditional pharmacy students as well as pharmacy practice residents.  Dr. McKoy-Beach provides direct patient care at two practice sites that care for the undeserved population in the District of Columbia.  As a Certified Diabetes Care and Education Specialist, she provides diabetes management to primarily Spanish speaking Latino patients at La Clinic del Pueblo.  In addition, she monitors and manages drug therapy at the Anticoagulation Clinic at Howard University Hospital.   Dr. McKoy-Beach is a graduate of the Howard University College of Pharmacy, and she completed two residencies one in Pharmaceutical Care at the Veterans Affairs Hospital in Miami, Florida and another in Infectious Disease from SUNY Buffalo School of Pharmacy in Buffalo, New York.

She has been a member of the Washington DC Pharmacy Association since 2014. She became the of director of pharmacy education in 2014 and 2016.  In 2018 she was elected as the president-elect served as the president in 2019.  Currently, she is the immediate past president.

Serves a minimum of 2 years

Dr. Jackson is a graduate of Howard University College of Pharmacy and received her PharmD degree in 2009. She has had a long career in the District starting at Providence Hospital pharmacy, then spent 10 years as Asst. Director of Pharmacy at the Hosp for Sick Children. Her pharmacy career has taken her many wonderful places. She currently works as a pharmacist for the AIDS Drug Assistant Program in the DC Department of Health.

According to Dr. Jackson, as the treasurer, it my responsibility to make sure the money is accounted for and available.  My goal for the next term would be to totally automate our finances, increase payment avenues for ease in paying our dues, revamp the budget to make it more user friendly, and to continue developing our financial policies.

Dr. Samir Balile graduated from Hampton University, School of Pharmacy, class of 2013.  He started his pharmacy career as the pharmacy manager at Giant Foods in the Shaw neighborhood of Washington DC. He has served the residents of the District in a variety of capacities and currently works as the clinical coordinator of the company in addition to continuing to assist in the local pharmacies when necessary.

Dr. Balile was called upon to represent Giant and assist the White House to host Vice President Kamala Harris and other District dignitaries as they endeavored to activate the local community pharmacies during the COVID-19 vaccine rollout.  He was instrumental in providing vital information on the challenges for community pharmacists, including some of the barriers in accessing the vaccine.   His main focus centers on the relationship with patients as well as with our community to be able to administer vaccines and address any apprehensions, questions that residents may have.  It is important seeing a face they trust and know, rather than an advertisement.

Dr. Balile is also a great advocate for community pharmacies, pharmacists and the pharmacy profession through his work with the Washington DC Pharmacy Association.  He serves on the Board of Directors of the WDCPhA as the Director-at-Large where he was instrumental in planning the first ever WDCPhA Citywide Rx Confab.  This position enables him to take his years of experience as a community pharmacist, coupled with his knowledge of clinical programs, and share best practices and strategies with his peers. He is devoted to helping and promoting the profession by recognizing the issues and developing solutions for pharmacists in the District.

Dr. Samir Balile, PharmD is the 2021 winner of the WDCPhA ‘Excellence in Innovation Award’ for his tireless dedication to our pharmacy community and the innovative work done in providing access to vaccines for hundreds of District residents in communities in need.

Alain Temgoua, PharmD is a resident of the District of Columbia and is licensed to practice in the District and Maryland.  He graduated from the University of Perugia in central Italy, and has more than twenty years of practical experience in the US and Europe.  He currently practices as the pharmacy manager with Giant Foods at a newly renovated store in the Washington metropolitan area.  Before joining Giant in 2014, he worked as an independent pharmacist and has volunteered with many organizations in the DMV like the Center for Minority Studies and Martha’s Table.  He is an active member of the DC Medical Reserve Corps, and is fluent in French and Italian.  Since becoming a member of the WDCPhA, he currently serves as a member of the Membership Committee and has been active in WDCPhA activities.

Dr. Temgoua states that if elected to the WDCPhA BoD, he will work diligently to help the WDCPhA grow to its fullest potential.

Matthew L. Boyd is a Medical Scientific Liaison at Janssen, the Pharmaceutical Company of Johnson & Johnson. In this role, he is responsible for communicating medical scientific data, connecting internal and external stakeholders, supporting clinical research teams and serving as the treatment area expert on internal and cross-functional teams. In addition, Matthew is the Diversity and Inclusion in Clinical Trials (DICT) ambassador for the Lymphoma | Myeloid Oncology team.

Dr. Boyd is a true team player, and always manages to foster positive, productive discussions and bring the best out of his team members. In his positions he has led the development of protocols, best practice guidelines, evidence-based pharmacy care models, and the formation and dissemination of complex data which promoted the safe and effective use of medications to reduce practice variation.

He was instrumental in working with the WDCPhA to push for the passing of CPA legislation.

Matthew earned his Doctor of Pharmacy degree (Pharm.D.) from Shenandoah University Bernard J. Dunn School of Pharmacy and is starting his Executive Master of Business Administration (EMBA) at the Darden School of Business at University of Virginia (UVA) in the fall of 2021. Matthew enjoys spending time and exploring the world with his wife Jon’ll, two sons Alexander and Jackson, family, and friends.

No upcoming events at this time.